The AstroTwins: Empowering Women for 30 Years 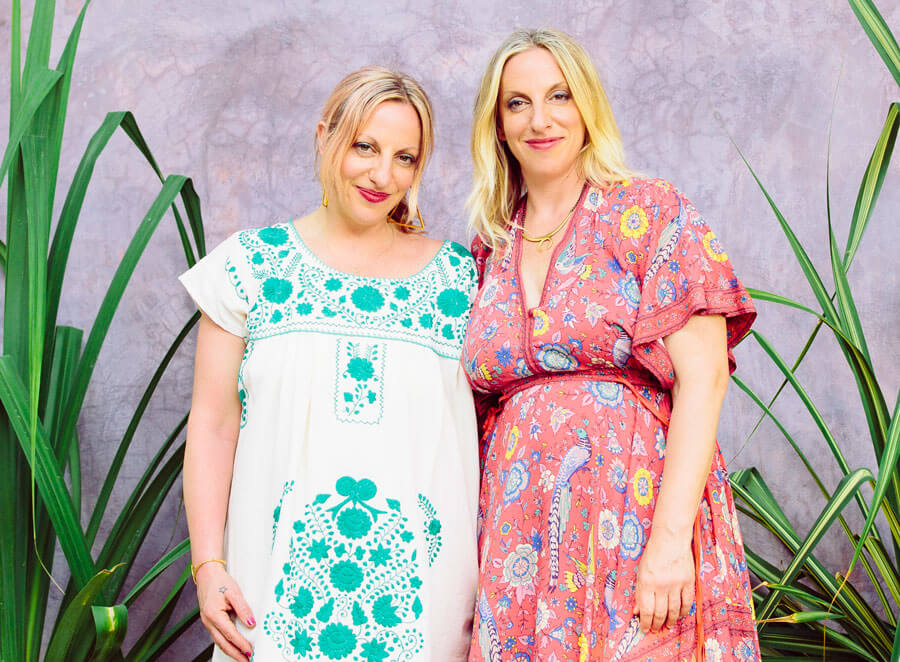 Identical twin sisters Ophira and Tali Edut, known as The AstroTwins, have been leaders in promoting the voices of girls and women for over 30 years. Through their website Astrostyle.com, which reaches over 10 million loyal followers monthly, they “bring the stars down to earth” with empowering and inclusive daily astrology content, courses and collaborations.

Ophira and Tali found their love of the skies early, as 1984 graduates of Space Camp, which they attended through a program sponsored by the Girl Scouts. That same year, the twins got their start in computer coding and gaming through the Apple IIc, the fourth model in Apple's inaugural series of personal computers.

Thanks to their mother's savvy insight, love of learning and dedication to fueling their imaginations, Ophira and Tali became early adopters of technology. They've used it to create a thriving enterprise of books, magazines, websites, apps and media with a message!
‍
In 1992, Ophira and Tali founded HUES, a groundbreaking national magazine that pioneered racial, gender and body diversity long before these issues entered mainstream conversation. HUES was acquired by New Moon Publishing in 1998 and the twins were recruited by feminist icon Gloria Steinem to rebrand Ms. Magazine, with Ophira as its youngest editor and Tali as the designer/coder of Ms. Magazine’s first-ever website.
‍
In 1998, Ophira published the groundbreaking body image anthology Body Outlaws, which has been in publication as a trade paperback and worldwide university curriculum for nearly 30 years.
‍
In the early 2000s, Ophira and Tali’s interest in the stars aligned with their mission to empower girls and women. They founded Astrostyle and became the horoscope columnists for Teen People, writing some of the first online horoscopes for AOL’s teen channels as The AstroTwins.
‍
Since 2009, Ophira and Tali have been the official astrologers for ELLE, and their work appears regularly on Mindbodygreen. They published several books on astrology with Simon and Schuster, Harper Collins and Random House, before using their technology skills to launch their own self-publishing media platform.
‍
Now The AstroTwins are devoted to empowering their fans and followers with both astrological knowledge and “hard skills” of technology, online marketing and other fundamentals of business ownership and media production. They regularly support organizations and initiatives with a focus on girls in STEAM and the education of girls and women.